Somebody’s making money off your junk. Shouldn’t it be you?

Years ago, the reality TV show Hoarders: Buried Alive profiled an Edmonton, Alta., woman who couldn’t part with her possessions. Over the years, this 41-year-old compulsive shopper let clutter fill every last square inch of her two-story home that she shared with her three dogs. The show captured a moment in time when Beverly was faced with clearing out her hoard or risk having the city condemn her home due to extreme health concerns.

Beverly wasn’t just living in clutter, she quite literally buried herself in junk.

While Beverly’s plight is extreme, she isn’t alone in her need to buy, keep and store stuff. Turns out this need to store our stuff is why the self-storage industry is booming in North America. Currently, there are two square feet of storage space per person in Canada—and the amount of storage space in dedicated storage facilities is growing.

“We tend to follow the housing market,” explained Cris Burnam, president of Columbia, Mo.-based StorageMart in a 2017 Canadian Business article. “When you see cranes pop up around the GTA, that means net new growth, more people, more people moving, churning, and overall mobility. That friction means you don’t always have a place for your stuff.”

Turns out, Canadians are willing to pay for their abundance—and it isn’t cheap. The most common size storage facility is a 10-foot by 10-foot unit with a monthly cost of $200 per month. That’s $2,400 per year, not including taxes. The justification is that it’s cheaper to rent a storage unit then move to a bigger apartment or buy a bigger home.

So, someone is making money off all this stuff, but it’s not you.

Reject the clutter, get rid of the “stuff”

Over the last few years, a new movement to counter this accumulation of stuff has gained a lot of traction. Call it minimalism. Call it KonMari. It doesn’t matter what name you use: The idea is to live with less. Less stuff. Less money spent on stuff and less money spent on storing stuff (whether it’s paying for storage or buying more bins to store stuff in your closets).

In praise of the KonMari Method

Marie Kondo’s book The Life-Changing Magic of Tidying Up provides a spiritual dimension to cleanliness, organization, and tidiness. She lays out simple ways of decluttering and organizing a home and one’s life. There are simple criteria when deciding what to keep and what to chuck. Does the object “spark joy”? If not, out the door it goes. 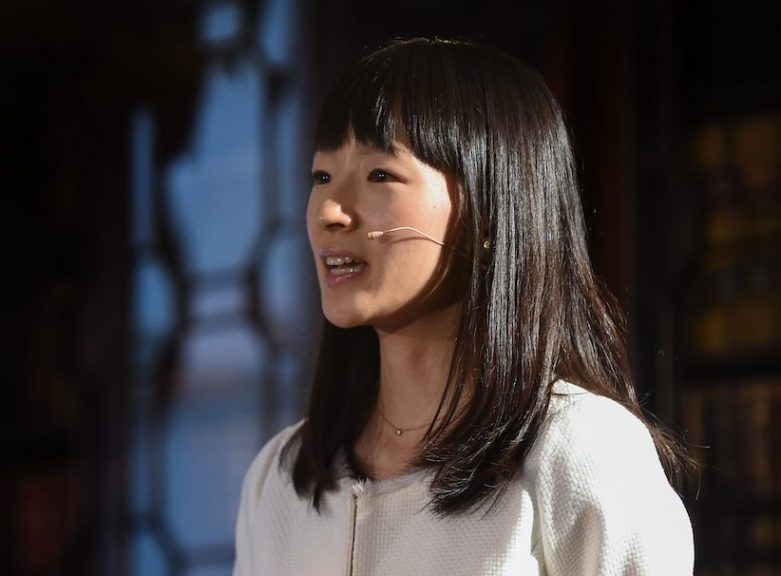 KonMari not only helps determine what to keep but how to keep it. There are prescribed methods of folding, storing and organizing your possessions.

According to Kondo and her followers, successfully KonMari’ing your home provides a number of benefits beyond not tripping over old, seldom worn shoes. A KonMari’d home leads to a more positive, happy and joyous life. And logistically, it sure makes it easier to find things.

There is some evidence that KonMari provides measurable psychological benefits. In a study conducted at the University of Navarra, in Pamplona, Spain, researchers found that people committed more errors in a messy, unorganized environment. Furthermore, the report noted that conscientious employees worked with much greater accuracy in a tidy workplace environment.

But decluttering isn’t just for those of us who are fed-up with stuff. Turns out there are six triggers to decluttering. Six events that can force a person to take stock of their stuff and make decisions — store it, or get rid of it.

Those six D’s are: downsizing, death, divorce, displacement (such as a fire in a home), disaster and density (more people living in smaller spaces, such as tiny condos). And they aren’t as uncommon as you think. Just ask Corin Berry. In a recent post by CBC’s Diane Buckner, Berry explained why she felt forced to pay for a storage unit. As a hairstylist in Toronto, Berry was unable to find a new apartment after her landlord sold the condo where she’d lived for five years.

Remember, if you end up storing your stuff someone else is making money off of you. When faced with a critical turning point in your life, that may be the time to make the harder decision and start getting rid of stuff.

While there are loads of bloggers, authors, and Youtubers that will offer you advice on how to declutter, here’s some advice on what do with that stuff you no longer want.

Four buckets for your junk: Sell it, donate it, help the environment or trash it

Thankfully, discarded items don’t have to become the new-found treasures of dumpster-divers. Instead, consider one of the many responsible, environmentally sound, socially beneficial and, potentially profitable ways of disposing of your unwanted possessions. Whether its electronics, clothes, books, appliances, furniture or that velvet Elvis painting your crazy aunt gave you, here are a few places to dispose of things in a correct manner:

If you need some extra cash, eBay, Kijiji and Craigslist are great platforms for selling almost everything. Just be sure to check out what other people are listing and selling these items for and be competitive about your pricing. Remember, the primary aim isn’t to pad your pockets but to minimize the cost of holding on to this no-longer-needed stuff.

Another option is to hold a good, ol’ fashioned garage sale. There are a number of places that pay for unwanted books.

For larger or more valuable items, consider consignment stores. Furniture on consignment is a great way to sell larger unwanted items as well as home decor that is no longer needed. Keep in mind, however, that you’ll probably need to take good photos of the items and the process may take more time and effort–quite often you are responsible for getting the items to the store.

If you have unwanted, good condition Ikea items, consider selling these items back to Ikea. Just launched, the Ikea Canada Sell-Back Program, resells lightly used and in-good-condition Ikea furniture. In exchange, you’ll get a gift card that can be used to purchase something new at Ikea.

Community services and charities are a wonderful way of getting rid of unwanted items. You may also want to consider local libraries and schools. Since municipal budgets are always so tight, many schools and libraries welcome the donation of books, audio tapes, and DVDs that are in good shape.

Another option is to donate items to a store that helps charities. Stores like Salvation Army Thrift Stores and Value Village (Savers in the USA) take your discarded donations—such as clothes, small household electronics and the plenty of knick-knacks and decor items you’ve acquired. These stores then re-sell these items to the public and, very often, give you a discount card for your donated items (such as $10 off your next $25 purchase or 20% off your next in-store purchase). Remember, some of these stores are profit-making enterprises but a portion of their revenue is distributed to charities.

Then there are fraternal organizations such as the Lions, Rotary, Shriners and Elks Club. These organizations often seek donations of discarded goods so they can distribute them to local charities and the needy. Local shelters are also happy to take donations.

#3: Do it for the Environment

Old stuff, particularly old toxic stuff such as paint and electronics, must be properly discarded so as not to harm the environment. But when it comes to sorting out what needs to be donated and what needs to be recycled, it’s hard to figure it all out. For help, check out Earth911

A good place to go to find local eco-friendly recycling facilities is Earth911, which offers help on how to recycle or dispose of more than 350 items.

Another environmentally correct way to get rid of stuff is to pay for a junk removal service. Reputable companies always adhere to Canadian government environmental and climate change regulations and many of these companies end up recycling or donating a majority of items they haul away. That means only a small percentage of our stuff ends up in a landfill, which helps cut down municipal (and taxpayer) costs while helping the environment.

Also, consider donating outdated electronics to good causes. For instance, RecycleMyCell is committed to keeping old phones out of landfills, where they can leach harmful chemicals into the earth, while Phone It Forward uses old cellphones to help those with sight impairments.

Sadly, there’s just some stuff destined for the trash. They key here is to sort, sort and sort some more.

Make sure organics and material that can biodegrade is separated from landfill-destined garbage. Many waster transfer stations — privately-owned and municipal-operated city dump stations — have separate areas for electronics, metal, cardboard, old furniture, and even clothes.

The final joy: Peace of mind and more money in your pocket

While the process of decluttering can be exhausting, just remember the mental, emotional and financial cost of keeping this stuff. Keep asking yourself: “Is it worth $100 or $200 each month just to hold onto this stuff?” Usually, the answer is a simple “no.”

Then, by following these tips you can safely and responsibly dispose of your unwanted goods and surround yourself with more space to use the items you truly need and enjoy.