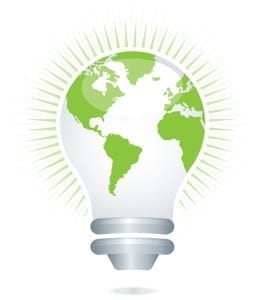 The latest report from Lloyd’s of London — the insurer that made its name producing products for high-risk businesses — highlights the threats and opportunities climate change will present to corporations.

Released on April 28, 2009, the report offers an analysis of risk and opportunity on major issues significantly impacted by climate change, including: Water, food, energy and mass migration.

“We are currently experiencing the worst financial and economic turmoil in living memory… And yet, despite all this, climate change has never been far from the headlines,” writes Richard Ward, CEO of Lloyd’s, in the report’s executive summary.

“However tempting it may be to leave discussion of these complex issues to politicians and policymakers, it is clear that any climate-driven security concerns will have major economic and business implications.” Ward added, “Climate change, and its impact on security, also brings some specific opportunities and responsibilities for the insurance industry.”

Lloyd’s partnered with the International Institute of Strategic Studies (IISS) to develop the 360 Risk Insight report, which was written by Gwynne Dyer, journalist, broadcaster and lecturer on international affairs as well as author of Climate Wars (2008).

“Business strategy and operations will be increasingly impacted and it is critical that companies and their insurers work to understand these interdependencies now, and begin to reflect them in their business plans and approach to risk management,” explained Ward.

The report also notes that tangible business opportunities will emerge, as governments become “increasingly dependent on the creativity and skills of the private sector in tackling the security challenges that climate change will bring.”

Among the major findings of the 52-page report:

• Severity and timing of climate change is unknown, so companies must build their strategy based on planning and reviews.

• Major changes will occur — in how cities operate, how buildings are designed, etc. — but this should not stop well-run organizations from succeeding. Good operational planning, contingent upon climate change, will be a key factor.

• Water will become a scarce commodity commercially and strategically, and this will present supply chain and operational challenges for businesses, and additional risks for insurers.

• Mass migration from the developing to the developed world may occur as temperatures rise, making certain geographical areas much less hospitable then before.

The most important message, however, is that business has a vital role to play in the mitigation of, and adaptation to, climate change.

“There are limitations to what government[s] can do on their own,” writes Dyer. While a great deal of focus has been on the private sector’s ability to develop technologies and methods to mitigate and adapt to climate change, Dyer also cites the importance this sector has on changing behaviour patterns among consumers.

“Unless people alter their priorities and their behaviour, efforts by government and the business sector to deal with climate change are likely to be unsuccessful,” writes Dyer.

The report highlights that unless business adopts the role of setting a positive example on climate change, there will be real and lasting consequences, not least of which is a risk to a corporation’s reputation.

Concrete, measurable changes are a call to action

According to the report, the world is likely to experience close to 2°C of warming for an extended period, with the possibility of more temperature changes. As a result, businesses need to plan for changes prompted by severe weather patterns, including food shortages, water scarcity, energy and labour supply volatility, as well as natural and man-made catastrophes. Dyer suggests businesses stop examining climate change from a linear perspective and develop strategic planning based on minimum yearly reviews.

“Many processes in nature are non-linear, involving abrupt phase changes, and climate change is unlikely to be an exception,” states Dyer. “Sudden and perhaps irreversible shifts in what have been seen as ‘normal’ conditions may be anticipated, and resilience will be a high priority for every organization. Plans taking into account how companies are going to be affected by climate change will need to be re-visited periodically (at least once a year) in the light of fast-changing events.”

To read the full report, Climate Change and Security: Risks and Opportunities for Business visit: www.lloyds.com.

Originally published on Advisor.ca on April 28, 2009