Hindsight may be 20/20, but investors necessarily don’t need perfect vision to see when a market is headed south.

The real estate market fluctuates all the time, going up or down depending on the season or other factors. But when a market truly tanks, there is generally a glut of inventory that drives prices down and homes take longer and longer to sell. Changes in government can affect the market, but it can take at least a few months, if not years, for those ramifications to be reflected in price and inventory numbers, experts said.

Here are five very early indicators that a healthy market is about to see a downturn, according to experts. 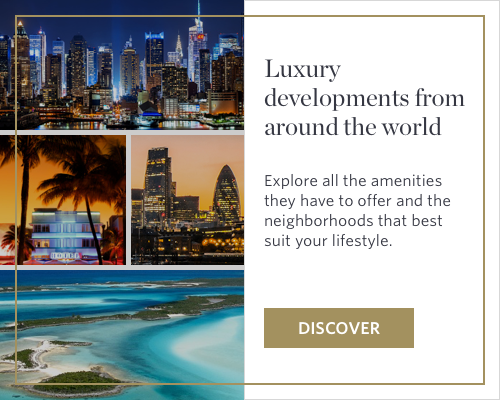 “When a market starts to cool, I think the first thing you see is more homes on the market,” she explained. “And they sit for longer.”

Currently, homes in the U.S. are on the market for an average of about a month, Ms. Richardson said, adding that they are selling at a record pace. “If we start to see them on the market for two months or more, there might be a problem.” For luxury properties, it can take even longer, she added.

The first signs of a slowdown are seen in the condo market, Ms. Richardson explained, especially in new high-rise buildings. If there’s too much product, the unfilled units may fester until demand catches up with supply. That doesn’t necessarily mean the investment opportunity isn’t good, but she advised potential buyers to look closely at the previous sales in a building before taking the plunge. If much of the building is unsold, it’s possible the area has an oversupply.

But, she said, if a property is near transit or in a desirable metro area with a constant influx of new residents and few new builds, investors may not feel it as much. Demand for housing in areas where there’s a lot of job turnover, like Washington, D.C., is often more reliable than second-home destinations.

“It depends on the property and the time horizon,” Ms. Richardson said. “If you’re going to keep it a while you can ride out a minor correction.” The last thing you want to do is sell too quickly, she added, noting the significant fees and taxes that are generally associated with selling a property.

A lot of new development hitting the market at the same time can be a sign that the market is getting toward its peak, said Liam Bailey, global head of research at the London-based real estate consulting firm Knight Frank.

“We certainly saw that in London three years ago,” he said. All that inventory “will slightly weigh down the market as there’s more choice and purchasers become more discerning…sales volumes slow and inventory builds and price growth slows to a standstill.”

From Penta: Impact Investors Hold US$228 Billion in Assets

As it happens, the second sign of a market slipping is when sellers start lowering asking prices, according to Ms. Richardson.

“When you start to see price drops, especially meaningful ones, like 10%, you know a market is going south,”  Ms. Richardson said.

In most cases, price drops themselves would be a leading indicator, she added, but the current status of the U.S. market “is not a normal,” she said. The extreme shortage of inventory in the mainstream market has changed the dynamic, and Ms. Richardson who added that a decline in sales, followed by a price decline, might be more telling.

“Because inventory has been so constrained for so long, it’s unlikely prices will decrease significantly” in the near future, she said.

Indeed, in this market, it could take years for inventory to return to normal levels, said Lawrence Yun, chief economist and senior vice president of research at the National Association of Realtors.

The shortage of homes in the mainstream market has caused prices to go up. But even if more inventory comes on to the market, it could take multiple years for a housing shortage to become a surplus and drive prices down, he said.

Pending home sales declined 1.3% in April, according to a National Associated of Realtors report that tracks homes that are in contract instead of completed sales. That’s a 2.1% annual drop, which Mr. Yun said is based on the lack of inventory.

Keep an Eye on Currency

For the luxury market, Mr. Bailey said the currency markets are key because they attract so much international attention. Many of Knight Frank’s clients come from areas where the currency is pegged to the U.S. dollar and when the dollar weakens, their “buying power is suddenly eroded and that will affect the market.”

London has experienced some fallout from shifts in currency in recent years, Mr. Bailey said. Interest from buyers in places such as Dubai, Hong Kong and China has slowed when such shifts have occurred, he added. Miami also saw a market slowdown when South American currencies fell against the dollar.

Then, real estate transactions became much more expensive to those buyers and it showed in slowed sales.

Policy changes is another thing to keep in mind when considering real estate investments, experts said. When governments propose or institute new taxes or raise interest rates, that can cause market jitters.

In the U.S., the new tax bill has been weighing heavily on consumers, but it’s too soon to tell how the new caps to mortgage and SALT deductions will play out.

Knight Frank cited “significant risks ahead” in the luxury market as “greater housing market regulation” takes effect in many cities, according to its first quarter of 2018 Prime Global Cities Index.

Policymakers’ efforts to control price growth can slow things down, as has been the case in Vancouver, according to Romana King of Zolo.com, a national real estate marketplace in Canada. They’ve seen sales start to slow because of new and expanded taxes specifically aimed at calming down some of the market’s frenzy.

But if a market is hot enough, such measures may not achieve the desired result. A foreign buyers’ tax, for example, instituted in the fall 2016 in Vancouver caused a pause in the market for a few months, but sales were back at record highs the following spring, Ms. King said. Now further cooling measures have been imposed, including an increase of that tax, charged when purchasing of a property, from 15% to 20%, and experts said they are seeing the effects on the market.

Or take Seoul, South Korea. It registered 24.7% annual growth for the year ending in March and took the top spot on Knight Frank’s index after several new government measures. “New taxes for owners of multiple properties and tighter lending restrictions are cooling growth, but the prime area of Gangnam is still seeing strong speculative activity,” the report said.

In general, however, higher interest rates can be cause for concern, according to Mr. Bailey.

“If lenders are getting nervous, a slowdown is likely,” he said.

Mortgage rates are starting to rise in the U.S., as well as in Canada, the U.K. and Australia, he said, meaning it’s more expensive to borrow.

“That puts a little pressure on buyers, as debt is not as cheap,” he said. If the rates edge up slightly, it’s not cause for too much concern, he added, but “if they start going up every month, we will begin to see a market slowdown.”

In the U.S., many average home buyers could be priced out by higher rates, according to Ms. Richardson.

More: Strategies for Successfully Negotiating for Your Dream Property

“One silver lining to what we call the affordability crisis is record-low mortgage rates,” she said. If they rise, she added, many buyers won’t be able to keep pace.

That’s important for investors, because it means there could be fewer buyers if they choose to cash in. But it also could mean more renters. Investments in that sector could do well if people choose to rent rather than buy.

The Overall Economy and Stock Market

Finally, investors should also keep an eye on the general economy.

“Most markets are tied to economic growth,” Mr. Bailey said. So keep an eye on that, as well as the markets.

Mr. Yun also said the stock market is an important indicator. As it’s reflective of the general direction of the economy, a meaningful correction there could spark a slowdown, he said.

If nothing else, a strong stock market means a stable second-home market, Mr. Yun said.

“If the stock market is doing well, at least we know demand will remain solid for vacation homes and investment properties,” he said. Investors will be confident and willing to spend, and bonuses will be back on Wall Street.