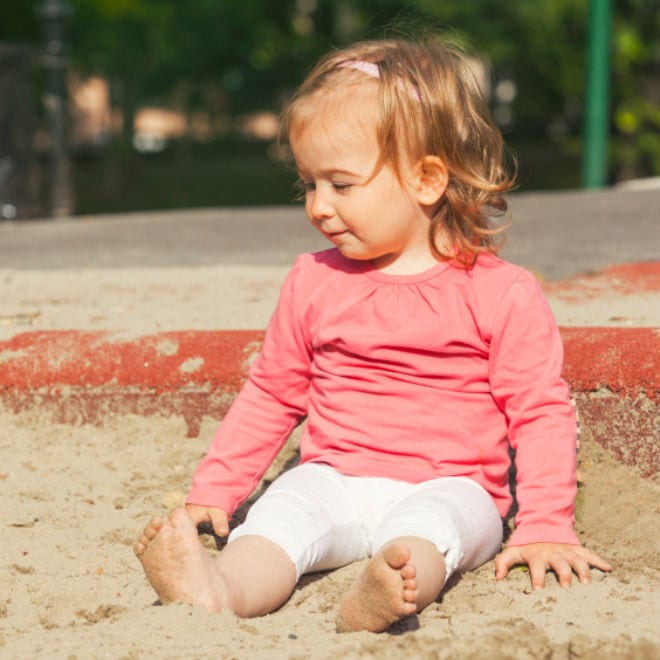 How to find and pay for child care

“We don’t have any space. Call back in two weeks.”

Meeting Freddy Krueger in the flesh would have scared me less than hearing those words. My supposedly guaranteed infant daycare spot was no longer available, and I was due back to work in two weeks. And it’s not as if I’d left the search to the last minute: I’d schlepped my poor son to more than a dozen daycares and put his name on six waiting lists. Yet here I was scrambling to find a suitable child-care arrangement.

Add to this scarcity the exorbitant costs—some parents pay as much as $25,000 per child each year—and you begin to understand why parents end up using unregulated daycares or opting to simply stay home with the kids.

Read more from MoneySense: The cost of childcare by province

MoneySense can help. Fresh off of my second maternity leave, I’ve done the research, crunched the numbers, and talked to the experts. Our guide will help you tackle the toughest decision: whether you’re better off staying home or choosing daycare. And if you do go the daycare route, we’ll show you how to find the best arrangement without spending a penny more than you have to.

The cost of care

If you do decide to return to work, that usually means focusing less on cutting costs and more on finding affordable care—which turns out to be a real challenge in Canada.

“It’s easy to criticize parents for using unlicensed care, but there may not be alternatives,” explains Martha Friendly, founder and executive director of Childcare Resource and Research Unit (CRRU), a Toronto-based think tank.

That’s the position Shannon Chaplin was in when returning to work after her first child. A development officer in a North Toronto hospital, she and husband Daniel had just moved to a new home when Chaplin started adding her son’s name to daycare waiting lists. But as her maternity leave drew to a close no spaces were materializing. Panicked, Chaplin voiced her fears at a mom’s group she regularly attended.

“That’s when I was told about a new home daycare just up the road from us.” The next day she went for a visit. “Home care wasn’t my first choice, but we got lucky. In the end, Findlay was so well taken care of that we began to see his daycare as a second home.”

Given the competition to find good child-care options, some parents are using a shotgun approach—putting their name on every waiting list—and using price as the sole determinant for the care they select, if they are fortunate enough to be offered a choice at all, says Friendly.

“The reality is child care has become a commodity market.”

In most larger cities in Canada, parents now expect to pay between $25 and $200 per child to be put on waiting lists that are, at times, two years long. Worse, paying those fees doesn’t guarantee your child a place. Just ask Shannon Chaplin: she spent $650 on waiting lists and placement agencies during her first maternity leave and never got a spot.

“Daycares charge these fees to cover their funding shortfalls,” says Friendly. “But the charges and the shortfalls themselves are scandalous, particularly in a country like Canada.”

To underscore her point, she cites a UNICEF report card that ranked nations on 10 core child-care benchmarks: Canada ranked 24 out of 25—second last—behind the U.S., Portugal, Mexico and South Korea.

Worried about the lack of standards, many parents feel they have to opt for a pricey daycare with all the bells and whistles so they can sleep at night. But according to a study by Robert Crosnoe, a professor of sociology at the University of Texas, expensive child care isn’t necessarily better. The only factors that correlate with high-quality child care are low child-to-caretaker ratios, developmentally appropriate books and toys, and caregivers who are consistent and attuned to your child’s needs.

This is great news for those on a budget, because it means you don’t need to fret about the long-term effects of food options, language classes, or enhanced scholastic preparation. Instead, you can concentrate on finding a solution that meets or beats the provincial caregiver-to-child ratio standards, employs stable, well-educated staff, and offers a nurturing environment for both employees and children.

Read more: Daycare subsidy woes: When the system lets you down

To find high-quality child care spaces, you’ll need to conduct your own research. A good place to start is with your municipality’s website and your province’s Ministry of Education website (search for Child Care Services). This should provide you with a list of licensed centres in your neighbourhood. Then go to community centres and check bulletin boards for information on informal, unlicensed daycares. Also talk to other parents, particularly those with older children who have already gone through the child-care struggle and can look back on it more objectively.

List in hand, do a Google search. Even a quick search for the facility and the caregivers’ names can reveal a possibly checkered past. Next, set up in-person visits. If possible, ask for more than one visit, and try to keep the time flexible so you can drop in unexpectedly.

That’s how Tina Jones was able to narrow down the right daycare for her then two-year-old son, Leo. A self-employed silversmith, Jones dropped in, unannounced, to a popular and expensive Toronto daycare. She was appalled to see kids munching on mass-produced fish sticks.

“The menu clearly stated fish.” She was not impressed. Dropping in to another daycare she noticed the kids eating fresh, hot meals. But what really impressed her was seeing the caregivers sit and eat the same meals as the children.

“This made the world of difference to me,” she said.

Once you’ve visited a place, write down your first impressions. Then compile a list of all your needs and wants, and a list of what each daycare offers. Finally, tally up the costs. Only at this point can you make an apples-to-apples comparison.

If, after all this number crunching, you’re still struggling to make ends meet, consider applying for a subsidized daycare spot. Even middle-class families are eligible for subsidy, explains Friendly. That’s because child-care subsidies are means-tested, explains Shannon Hyatt, manager of Children’s Services for the city of Windsor. Each province has different criteria, limits and care options: for instance, a family with two kids under three and earning a combined income of $80,000 would receive a subsidy of $112 per month in Alberta. The same family in Ontario could get up to $580 per month.

The key with subsidies is to realize that the burden of proof is on you. You’ll be required to submit tax returns, income statements, rental receipts or mortgage statements. Despite the hassle, 40-year-old Rosalind Tantalo is grateful for the daycare subsidy she was able to qualify for. Without it, the single mother wouldn’t have been able to finish her schooling and build her now-successful decluttering, downsizing and staging business.

Is it worth it?

All this sounds like a lot of work, and you may be wondering if it’s worth it. It’s the question I asked myself after delaying my return-to-work date by almost eight weeks. But with persistence, and a bit of luck, my boys ended up in a wonderful non-profit daycare a 10-minute drive from my home. It’s known in my area for its mix of long-term, engaged caregivers and newly graduated, passionate early childhood education graduates. While its not the cheapest, it’s affordable. Most important, it provides peace of mind that’s worth its weight in gold.

When calculating childcare costs be sure to ask if the monthly fee is a flat, all-inclusive rate, or if there are additional charges. A list of extra charges may include: