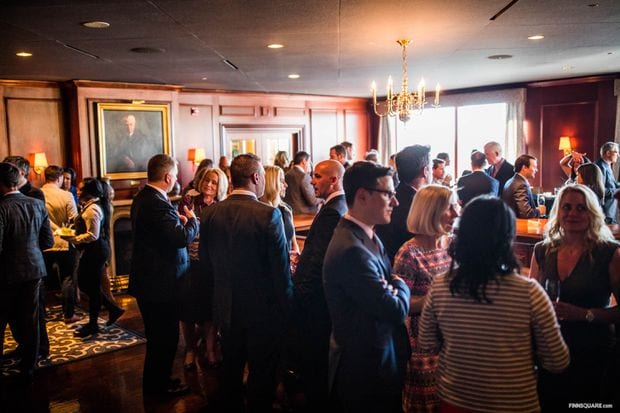 At first glance, the Sun Life Financial Centre in the heart of Ottawa’s business district looks the same as virtually any other office building in any other Canadian city.

However, there is one telling detail. As you enter the lobby, there is a bank of elevators, but one is set slightly apart from the rest. It has only one button. Next to it, on a discreet wooden plaque, the words “Savoir faire” and “Savoir vivre” are imprinted in a rich bronze hue beneath the engraving of a crown surrounded by leaves.

This is the elevator to the Rideau Club, long renowned as one of the most exclusive private settings for Ottawa’s elite. 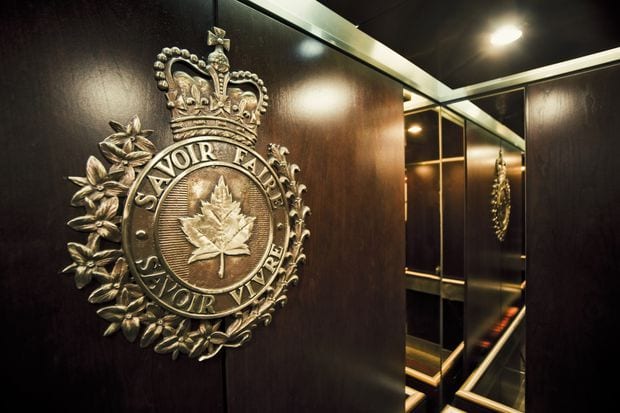 These days, however, even a storied institution such as the Rideau Club is in the process of revamping both its decor and its membership policy in a bid to attract a fresh crop of younger members.

“The board realized through a whole bunch of indicators that we needed change if we wanted to be relevant and be around for another 150 years,” says Carol-Ann Goering, the first woman in the club’s long history to assume the mantle of general manager and chief operating officer.

“If you’re under 40 and coming in, you’re not going to want to sit in your grandmother’s study,” Ms. Goering says. “But we still want to maintain as much tradition and history as we can.”

PRIVATE CLUBS, WITH THEIR COVETED PAST, MUST THINK ABOUT THE FUTURE

As an integral part of Ottawa’s history since being founded by Sir John A. Macdonald and other Canadian luminaries in 1865, the Rideau Club came into being just 22 months prior to Confederation. In the many years since, it has occupied five different locations in the city, including the prestigious Wellington Street building, just across from Parliament Hill, where the club occupied for 104 years. Tragically in 1979, this landmark building was lost to fire, along with most of the club’s original documents.

A short time later, the club became both owner and tenant of the space it currently occupies – the entire 15th floor at 99 Bank St. But the challenge, Ms. Goering says, is that the Rideau Club, unlike many private clubs across Canada, lacks curbside appeal. 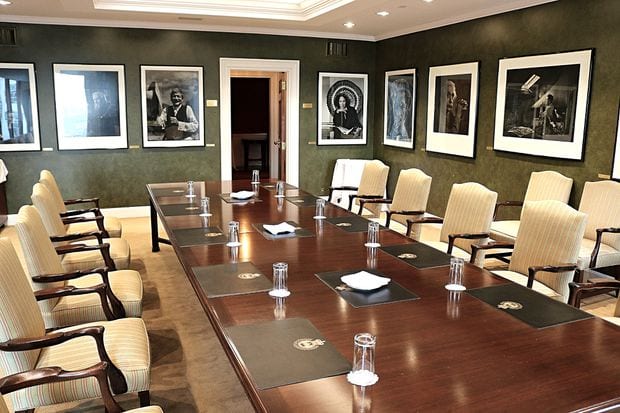 The Rideau Club aims to make its spaces more inviting to modern workers.

“When you walk by some of these other clubs, they have this almost storefront call-out, like, ‘Wow that’s a cool place, maybe I’d like to see in there.’ We don’t have that. I think that’s a drawback about where we are located. We can’t showcase a beautiful heritage building,” Ms. Goering says.

However, the club is looking to add a rooftop terrace – which would offer unprecedented views of Parliament Hill – as well as fully renovating most of the rooms, with the goal of making the existing amenities more attractive to the modern worker.

Ms. Goering says the influx of tech companies in Ottawa has brought in members who are interested in making use of the club as a downtown workspace, and, as a result, the club already has private spaces for interviews or meetings, and the casual dining menu is being expanded to account for the fact that most tech workers don’t even wear a suit and tie, let alone make time for a three-course lunch.

With construction soon to begin on light-rail-transit service in the city’s core, and a downtown condo boom well under way, the Rideau Club’s location is becoming more relevant than ever. The club’s makeup is also becoming more reflective of Ottawa’s evolving identity as a whole. Not only are membership numbers an average of 184 per cent higher over 2018, but 60 per cent of the club’s new members in the past three years have been under 40, and 30 per cent have been women. 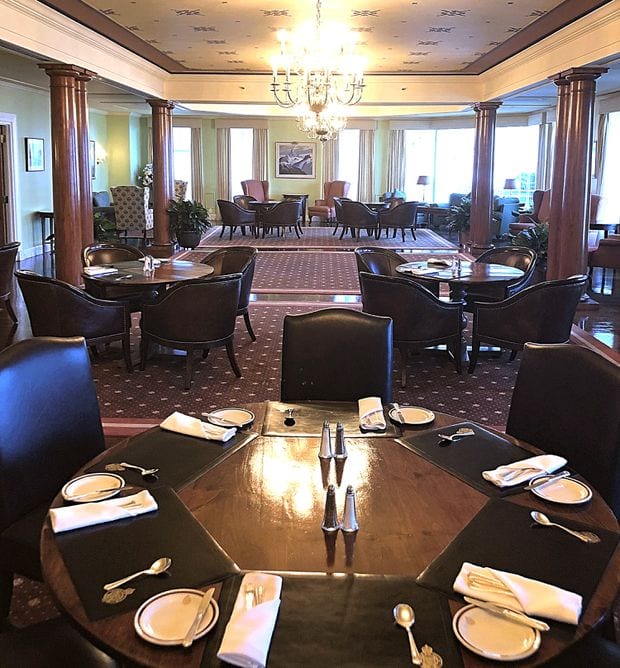 The Rideau Club’s casual-dining menu is being expanded to account for the fact that most tech workers don’t even wear a suit and tie, let alone sit down for three-course lunches.

The changing vibe and look to Ottawa’s private club is reflective of other, similarly steeped-in-history social clubs across Canada.

In 2010, the Vancouver Club (formerly the Granville Club) used the influx of money it earned for playing host to the International Olympic Committee during the Vancouver Olympic Games to renovate and update its existing home, a building originally constructed in 1913.

Megan Rollerson, the Vancouver Club’s marketing manager, says the past decade has seen the club – which is also located in the heart of that city’s business district – modernized at the behest of members who are looking for more co-working space. For example, the updated facilities turned a ballroom that wasn’t used during the day into productive working space.

THE PRIVATE CLUB TREND IS GLOBAL

Ms. Rollerson also points to the well-known Soho House as one of the key influences driving so many of these legacy clubs to upgrade and modernize their facilities.

Founded in 1995, Soho House is a hotel chain and group of private members’ clubs. There are 23 locations around the world, including a Canadian Soho House that opened in Toronto in 2012. Located in an 1840s heritage building in the city’s Entertainment District, the 10,000-square-foot club launched during the Toronto International Film Festival. Despite being only seven years old, Toronto’s Soho House holds its own against legacy clubs such as the Albany Club (founded in 1882) and the National Club (founded in 1874) and is thriving thanks to its youthful membership and focus on creative industries.

“What started in 1995 as a bar and restaurant for people to hang out in has changed since prospective members have changed and what they want in spaces for their spare time and business time have merged together,” says Peter Chipcase, the chief communications and strategy officer for Soho House & Co., based in London.

Although there is just the one club in Canada for now, Mr. Chipcase says workspace will play a key role in Soho House’s next big initiative, just as it has for the Rideau Club and the Vancouver Club. He alludes to the creation of a workspace that will be connected to a Soho House location, but not actually situated in the house itself.

“It might be in the same building, but we want to create a very specific Soho House version of shared workspace. That’s the next step,” he says about the concept that is set to launch in London this fall, then again in New York and Los Angeles later this year and in Toronto at some future point in time.

Shawn Hamilton, the senior vice-president and managing director of CBRE in Ottawa, says it’s not surprising to see this bleeding of the lines between a private club setting and a co-working setting.

Private clubs have younger groups of members that are acting as the lifeblood of the club, he says. They want a club to be a place they can work, where they can entertain, and where they can exercise – all under one roof.

These days, private clubs are about providing all the amenities a member requires to work, live and play. Shared workspace and live-work clubs may just be the next commercial “growth industry because people just seem to want it,” Mr. Hamilton says.