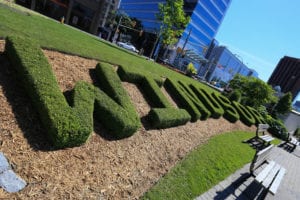 The No. 1 city was a sleepy underdog that has worked hard for the last 10 years to attract global investment—and it’s paying off.

Not too long ago, Windsor, Ont., was the butt of jokes. Literally. In 2007, Stephen Colbert dubbed the southwestern Ontario city “the worst place on Earth”—and while many Canadians, not just Windsorites, took umbrage at the slur, others not-so-secretly shared his opinion.

Buyers and real estate investors started to question whether Windsor was a good place to buy a home shortly after the U.S. housing crash hit in 2008. Positioned across the border from Detroit, one of America’s most famous auto-towns, Windsor really felt the pinch of the global credit contraction. The nail in the coffin came two years later when General Motors announced the closure of various North American auto plants and parts manufacturers, including Windsor’s transmission plant. 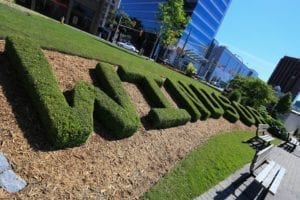 Almost overnight, this southern Ontario city became one of the worst real estate markets in Canada. Not only did the city’s housing supply rise rapidly, but prices also began to plummet as the city’s unemployment rate climbed. It was during this time that Windsor’s vacancy rate sat at the almost unthinkable 15%—the worst in the country at that time.

But the rule of investing—buy low and sell high—meant that a few risk takers were willing to buy into Windsor’s real estate market, and by 2015 their calculated risk had begun to take off. The city’s vacancy rate had dropped to just 4% while year-over-year sales activity increased by 22%. Fast-forward to 2018, and the city’s vacancy rate dropped again to 3%. It was the perfect formula for a housing market poised to offer great value and big momentum. Today, analysts still consider Windsor a city with lots of opportunities to grow (as long as U.S. President Donald Trump’s economic policies don’t spoil it).

While Windsor politicians did attempt to diversify the city’s economic prospects after the 2008–’09 global credit crisis, the city still relies heavily on the auto and manufacturing sectors; that means the city got hit again when Trump announced steel and aluminum tariffs. The possibility of auto tariffs in the wake of a NAFTA dissolution could result in a devastating economic hit to Windsor.

For now, the city continues its process of rebuilding. This includes actively working to attract new investments from local and international business. In theory, the strategy is paying off. In mid-April, FCA Canada (a division of Fiat Chrysler) announced it will invest $355 million (U.S.) over the next 12 months into the Windsor assembly plant, which manufactures the Chrysler Pacifica minivan. Sounds great until you hear that, despite this injection of cash, the plant will lose its “third shift,” putting almost 1,500 jobs at risk. Still, Windsor’s mayor, Drew Dilkens, is quick to point out that this new investment could save as many as 7,500 jobs and should be considered a big win.

While Windsor is not part of the economically important Golden Horseshoe (which includes Toronto and Hamilton), it is a critical part of the Quebec City-Windsor corridor, which is the most densely populated and heavily industrialized region in Canada. To put this in context, this corridor contains almost half the population of Canada and three of the four largest metropolitan areas.

Then there’s the city’s real estate market. Statistics from the Windsor-Essex County Association of Realtors shows the average price of a home sold in February 2019 was $322,109. Considering the average home price in Windsor in February 2018 was $268,168, this is a robust number—and a huge 20% increase in just one year,

All this momentum helped push Windsor, Ont., to the top of the MoneySense Where to Buy Real Estate 2019: Canada’s Top 35 Cities list.

Note: Home prices represent the average sale price of single-family homes as reported by the Canada Mortgage and Housing Corporation.